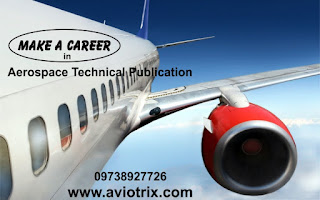 Posted by Aviotrix at 04:09 No comments:

Posted by Aviotrix at 20:49 No comments:

What is Aerospace Technical Publication

American aerospace major Boeing Sunday announced the arrival of first batch of four Chinook military helicopters for the Indian Air Force at the Mundra port in Gujarat.A statement from the company said the CH47F (I) Chinooks will be ferried to Chandigarh, where they will be formally inducted into the Indian Air Force later this year.The Chinook is a multi-role, vertical-lift platform, which is used for transporting troops, artillery, equipment and fuel.It is also used for humanitarian and disaster relief operations and in missions such as transportation of relief supplies and mass evacuation of refugees."The CH-47F (I) Chinook is an advanced multi-mission helicopter that will provide the Indian armed forces with unmatched strategic airlift capability across the full spectrum of combat and humanitarian missions. The Indian Air Force currently has 15 Chinook helicopters on order," the statement said. India had finalised a mega contract with Boeing to procure 22 Apache helicopters and 15 Chinooks for the Indian Air Force in September 2015."Boeing has strengthened its supply chain with over 160 partners in India, and a JV to manufacture fuselages for Apache helicopters. Annual sourcing from India stands at $1 billion," it said.
Posted by Aviotrix at 02:10 No comments:

Experience: 1 to 4 Years of experience in Electrical Equipment.

Accommodation and Transportation provided by the Company.

Emirates placed a surprise large order for the Boeing 787-10 on the opening day of the Dubai Airshow, but negotiations about a similarly sized commitment for more Airbus A380s were continuing with no announcement expected until at least Monday.
The carrier ordered 40 Boeing 787-10s that will be delivered from 2022 onwards. Chairman/CEO Sheikh Ahmad bin Saeed Al Makhtoum said no engine choice had been made, but that a further announcement would be made “very soon.” He added that some of the 787-10s would be used to replace older aircraft, likely early Boeing 777s, with the others to be used for growth.
The order comes after a four-year process since Emirates cancelled an earlier order for 70 Airbus A350s. The carrier has been evaluating its twin widebody requirement since then. Following the launch order for the Boeing 777X – a total of 150 aircraft – it was studying what aircraft could be used for shorter sectors up to ten hours of flight time. It evaluated the 787-9/-10 and the Airbus A350-900, including the regional variant of it. The fact that the 787-10 commitment for 40 aircraft is much smaller than the original 70 raises the question as to whether Airbus can still hope for another A350 campaign for longer routes and/or higher capacity. On the other end of the spectrum, Emirates has started to closely cooperate with FlyDubai on shorter sectors, which may have also been a factor for the reduced requirement.
That Emirates committed to the Boeing 787 now came as a surprise to many in the industry. Emirates Airline President Tim Clark said at the Paris Air Show in June that a decision on the 787/A350 campaign had been deferred.
Negotiations between Emirates and Airbus about a follow-on order for the A380 continued on Sunday. Airbus officials were asked to come to an announcement around noon in Dubai, at the same time that the Boeing deal was announced, but then had to leave without an agreement. Emirates said no further announcements were planned for the day.
Emirates has 100 A380s in its fleet and 42 more on firm order. Sheikh Ahmed said Nov. 3 that he hoped negotiations for a further order could be concluded by the time of the Dubai Airshow. Industry sources said a deal could still be possible in the coming days, but that negotiations were extremely tough. Airbus desperately needs further A380s to fill upcoming production holes over the next few years.
Airbus presented the A380plus concept study in June, which includes aerodynamic and cabin changes to the aircraft. At the time, Emirates’ response was lukewarm, as it was not supportive of some of the features proposed such as the removal of the forward staircase
Posted by Aviotrix at 02:44 No comments: 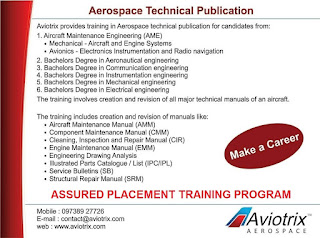